For centuries women have been confined to housekeeping, primarily in the kitchen. So, it is quite ironic that in the restaurant business, their culinary skills are underestimated and even disregarded. With women like Tarla Dalal leading the Indian culinary space with her recipes and cookery books, it’s a shame that our country still lags behind in recognising women chefs and restaurateurs.

The restaurant industry might be a male-dominated sector but women are slowly stepping up, taking charge, and shaking up the industry with their power and passion. With a fresh wave of feminism swooping in we have these spectacular women who are breaking stereotypes and cooking up a storm in the industry.

Born and brought up in Kolkata, Ritu Dalmia comes from a business background with absolutely no prior ties with the food industry. Her journey of becoming a celebrity chef is full of mistakes and learning experiences. She started out with a small Italian restaurant in Delhi in1993 and from there went on to open seven fine-dine restaurants across the world. With her flagship restaurant Diva in Mumbai, Ritu brings the Italian palate to India in a delectable fashion. After 25 years in the business, Ritu is only looking forward to learning more, doing more, and taking risks – all of that with a stunning smile on her face.

Beating the odds and surviving societal pressures, Manisha Bhasin, senior executive chef at ITC Maurya, proves that success can only come to you when you chase it with unrelenting determination. With an inclination to cook from a fairly young age, Manisha continues to be captivated by the tastes of India and wants to keep experimenting by adding her own tadka. “Every day think of one good idea a day and try to come up with a product that creates a WoW,” she says.

Their start-up Eatanomist bridges the gap between guilty pleasures and healthy eating by preparing gourmet meals from scratch. A healthy and tasty alternative to expensive luncheon and dinner parties, Arushi and Nupur prepare everything in-house including their breads and dressings. As foodies themselves, they believe that eating outside cannot be avoided because it’s a ‘culture,’ so, it becomes all the more important to have a wholesome meal that is packed with vital nutrients without compromising on the flavour. Adding the cherry on top is a different menu each day.

Not a day goes by when Chef Veena Arora doesn’t experiment with new recipes by adding her unique style and flair. Coming from a small town, Veena says she takes inspiration from her mother and grandmother who cooked unforgettable Thai food. With a passion to cook that only grew with time, Veena joined a well-known hotel line in Delhi in 1994 as a Thai food consultant. She is now one of the most popular chefs in the country winning hearts with her culinary skills at The Spice Route, Delhi. In honour of her talents as a chef, the Ministry of Tourism in India awarded her the Best Lady Chef for her outstanding contribution in promoting Indian tourism.

Rupa Gulati , the smiling face that greeted us on NDTV’s The Good Morning India Show, is known for her culinary skills all across the world. Born and brought up in Cumbria, she has a lot of feathers in her cap that includes being a food consultant with The Taj Hotels, hosting a well-known TV show, and writing a recipe book that won widespread acclaim. After working in India for more than two decades, Rupa shifted her base back to the UK where she worked as an editor for a food channel, wrote two more books, and a million restaurant reviews for the Time Out.

A trailblazer in one of India’s most male-dominated occupations, Shatbhi Basu started her career as India’s first female bartender at 21 years of age. Since then, she has broken several barriers, won several laurels, and created several amazing cocktails with her mixology skills. She comes from an extremely supportive family and credits her mother for having raised her as a bold and independent woman. Shatbhi is always reinventing herself by exploring new techniques and staying up to date with the dynamic times. She currently works as a bartender, is the head of a bartending academy, and is also the American Whiskey Ambassador for India.

Wed Dec 23 , 2020
While the kitchen seems to be the woman’s domain in most Indian households, the number of female chefs from India is dismal. We might be considered great at the craft, but are not too ‘business savvy’ apparently. Not just the food space, women-led businesses are much lesser in any industry. […] 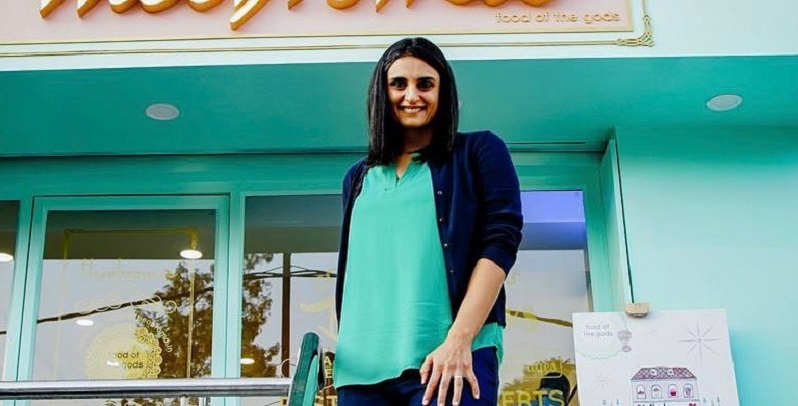