The truth about my donabe smoker is that it isn’t mine at all. It belongs to my boyfriend. He got it as a Christmas present last year—from me. For months, possibly years, he’d been talking about finding a magical, self-contained countertop smoker, something engineered to make food taste like it came from a fire pit and not an apartment with absolutely no ventilation. I did a lot of internet sleuthing to try to make this a reality, but could never find an appliance that was exactly right: one that would fit our space, make the kinds of foods I knew he wanted to eat, and not repeatedly trigger the fire alarm.

Then, while scrolling through the ceramics on Jinen last November, thinking I’d buy three more of his favorite mug and call it a gift set, I saw it: the Ibushi Gin donabe smoker. It seemed elegant but durable, craftily designed but straightforward, and it came in a muted earth tone (extremely his aesthetic). Of course, it also promised to imbue a wide range of ingredients with smoky flavor. It was the perfect present. Less than 24 hours after he unwrapped it, I’d mentally granted myself primary custody.

Donabe are traditional Japanese clay pots used for cooking over an open flame. Heavy, attractive, and meant to last for generations, they easily transition from the stovetop to the table, and are a staple in everyday Japanese home cooking. While many are, like Dutch ovens, do-it-all in nature, some are formulated for specific tasks, like steaming vegetables or making stews and hotpot dishes like sukiyaki and shabu-shabu. The style made for smoking comes with wire grates that sit inside the pot at various heights; when wood chips placed at the bottom of the pot start to smolder, the donabe fills with smoke, which floats through the grates and permeates ingredients from every angle.

My (fine, our)(FINE, his) donabe smoker, the Ibushi Gin, is made by Nagatani-En, a ceramics company based in Iga, Japan, southeast of Kyoto. Nagatani-En first started making cookware in 1832, but their products were not available for purchase in the United States until 2008, when cookbook author and cooking instructor Naoko Takei Moore started importing them to her home in Los Angeles. Moore grew up in Tokyo and was surprised to learn, upon moving stateside, that donabe were virtually impossible to find in the U.S. “They’re essentially a national cookware for Japanese people,” she says. “Everybody is familiar with donabe.” But beyond the pot itself, it was the donabe-inspired way of eating she felt Americans were missing out on most. “A donabe symbolizes communal dining. Having a donabe meal helps people bond—it’s a style of sharing with others that can translate into any culture and make people happy.”

Moore partnered with Nagatani-En to sell a few pots and teach classes on how to use them out of her house, but the passion project soon became a lot bigger than her personal kitchen could handle. Over a decade later, Moore now considers introducing Americans to her favorite cooking vessel her full time job: She sells an assortment of Nagatani-En donabe at her Los Angeles store/culinary classroom, called Toiro, as well as through certain retailers online. She wrote a book about the tool, and even goes by Mrs. Donabe on Instagram.

Smoking in batches of similar ingredients is the best way to achieve the flavor you want every time.

According to Moore, donabe smokers tend to be a bit dramatic, more so than their everyday counterparts. “When I make a dish with the Ibushi Gin at a dinner party,” she says, “everybody goes crazy.” This is very easy to believe; the first time I used the pot, pulling the lid off to release a fragrant puff of smoke felt like performing a magic trick.

Still, harnessing the power of a donabe smoker takes a bit of practice, which is a lesson my boyfriend and I learned the hard way. We loaded the Ibushi Gin for its maiden voyage with a bunch of dissimilar food, doubled the recommended amount of wood chips—it didn’t seem like enough!— and stuck to the high end of possible cook times, which yielded some wild results. Moore notes that a few variables contribute to fluctuating cook times, like the strength of your burner, the kinds of ingredients you select, and the type and quantity of wood chips you add. The Ibushi Gin in particular uses a water seal to keep smoke from escaping, which means that even after you turn off the burner, residual heat and contained smoke continue to cook and flavor your food. Tinkering with the time your donabe spends on and off the heat, as well as smoking in batches of similar ingredients, is the best way to dial in the flavor and doneness you prefer.

After a few months of experimentation, I’ve gotten a handle on stovetop smoking, and now pull the donabe off the shelf almost every week. It’s my current favorite way to cook fish, especially salmon, which stays tender and silky and takes on just the right amount of smoky flavor. Tofu and sausages are great with a bit of campfire bite as well, and roasted root vegetables (they won’t cook in the donabe alone, so you have to kick-start the process in the oven before you smoke them) transform an average side dish into something much more complex. Even cheese can handle a little smoke; halloumi or paneer work right on the grates, but meltier varieties need to be set on foil.

Perhaps the best thing to come into my life from owning (co-owning) the Ibushi Gin is the smoky soft-boiled egg. After just a few minutes in the donabe, the outside of a peeled six minute egg turns a light golden brown, a color that deepens the longer the eggs stay in. Surprisingly, the yolk stays jammy, which makes for a unique combination of textures and warm, wood-fired flavor. It’s absolutely an extra step in the put-an-egg-on-it process, but if you have the time, it undeniably upgrades a dish; I love a smoked egg dropped into ramen or on top of a grain bowl. Or serve it with a piece of donabe-smoked salmon; the two can be cooked in the same batch. “The egg absorbs the smoky flavor so well,” says Moore, who says the ingredient is tied with duck breast as her favorite reason to use a donabe smoker. “I like them on their own, to add to potato salad, or make a smoked egg salad sandwich.”

For someone who avoids most one-trick kitchen ponies, reserving storage space and extra cash for versatile workhorses instead, I admit that a donabe smoker feels a little off-brand. But technically—technically!!!—it isn’t even mine, which maybe was the lesson all along. Giving your roommate, partner, or family member cookware gifts that fit their vibe but fall outside your comfort zone can be an excuse for you try something new, which is not the point of gift giving but is an ancillary benefit, especially when the recipient lives in your same house. I never thought I’d try to commandeer the Ibushi Gin, but the food it makes is special enough for company but simple enough for a Tuesday night—a dreamy and elusive combination that left me little choice. And I’m not the only convert; donabe’s biggest evangelist says it’s been a thrill to watch the pot’s fandom grow, among home cooks and professional chefs alike. “My effort has been paying off,” Moore says. “But I feel it’s still the beginning.”

Fri May 29 , 2020
In the event that you need to get the best food Rhode Island brings to the table, you better head over to a Providence Restaurant. There is a lot of incredible food however the need in Providence is experiencing the scope of your determinations to find the best eating foundation. […] 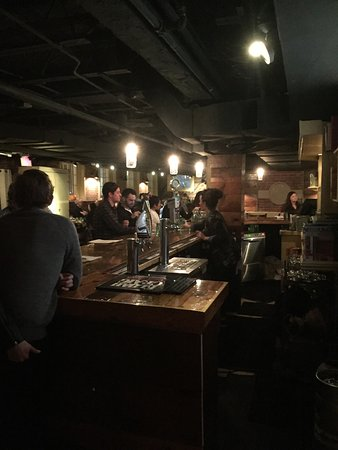