Stepping inside the door of DioGuardi’s Italian Market and Deli, a visitor is faced with a wonderful maze of old-world authenticity and seemingly endless products and goodies.

Where to start is the question. But when owner Jeff Labowitz is the tour guide, it’s great fun.

Stuffed with mozzarella and seasonings, coated with bread crumbs and fried, he said the Italian original is “like a warm hug in a bowl.”

A few steps over is premium limoncello. Lots of wine, too. Keep moving and shelves are stocked with homemade pizzelles from a bakery in New Philadelphia and other sweet delights, including lemon ricotta cookies. Pasta is abundant, including bronze-cut style. Candy from Corbo’s Bakery in Cleveland is another temptation. Spices are from Pittsburgh.

All the while, Labowitz was full of energy, detailing the origins of the products and greeting customers by name. He’s also happy to share DioGuardi’s history, which traces to Italian immigrants by the same name and their original recipes for spaghetti sauce and Italian sausage.

Labowitz pointed to the spot where Angelina “Mama” DioGuardi used to stir a vat of red sauce, a sight still affectionately recalled by longtime customers. She worked at the market until she was 101 years old.

While the owner cherishes such links to bygone Canton, he also has changed things up, adding a commercial kitchen, which allows for more on-site cooking and food preparation. Fresh-baked bread is a newer addition, and Labowitz still tweaks the inventory by offering new sandwiches and other creations.

“We’ve grown a lot,” said the 56-year-old Labowitz, whose culinary background includes working as an executive chef at a Giant Eagle store. “We make our own fresh pasta.”

A 1983 graduate of McKinley High School, he acquired the Italian deli and market in 2015.

Bestsellers now include pizzas, Stromboli and prepared foods. Sandwiches are also popular, including muffulettas and the new ham and Swiss with hot pepper salad on a fresh Italian roll.

During a sit-down talk prior to the tour, Labowitz cheerfully covered it all. Here are the highlights.

DioGuardi’s culinary philosophy is about everything being fresh

A focus is on premium Italian meats, he said, noting bologna and chipped chopped ham

“Food is the universal language. You start with the good ingredients. You prepare it really good and simply, and then you end up with really good food. We try not to complicate things.”

“I buy from a lot of vendors because I am particular. I just don’t buy anything—it means the best quality and flavor for what you’re getting.”

Mama Angelina’s spaghetti sauce and meatballs are a hit

“The bottom line is they’re good and they sell, and that’s what people know,” Labowitz said. “Every day, people come in, and they say, ‘I remember Mama DioGuardi back there stirring the sauce.’

Spaghetti and marinara sauces used to be stored refrigerated, but following testing through the Ohio Department of Agriculture, the sauces were deemed to be “shelf stable,” Labowitz explained.

They are still made in-house.

“You lose something in translation (with quality control) when you have someone else make your sauce for you, and when you farm it out to a manufacturer,” he said.

Meatballs are another old-world recipe.

“We roll them by hand,” Labowitz said. “We do a thousand a week.”

Counting off the ingredients on his fingers, he said: “Beef, pork, eggs, bread crumbs and seasonings, and that’s it. So there’s no fillers and binders or chemicals or weird stuff in it—it’s just like what you made at home.”

Sausage is another DioGuardi’s original. Making it stand out are lean pork and anise, but no fennel, while adding salt and pepper, Labowitz said.

Focaccia is also available topped with red sauce and cheese or Mediterranean style.

There are more foodies than ever, he said, as evidenced by the popularity of celebrity chefs, cooking shows, food-related apps, delivery services and social media sites.

“We try to embrace that.”

“The worst question in the history of questions is, ‘What’s for dinner?’ You cook at home, go out to dinner or you use Uber. We all get caught in our little tunnel vision of eating the same thing over and over. We give options. You can cook yourself (by selecting ingredients) or we have prepared meals.

“We engage our customers and talk to them about the food. We can offer suggestions and recommendations. We can guide them and help people figure it out.”

Labowitz said he doesn’t plan to relocate or open other DioGuardi’s locations.

“There’s a feeling here,” he said of the store, deli and kitchen. “And to move to another place, bigger is not better.”

More gluten-free food and healthier options are planned as well.

DioGuardi’s owner is passionate about food

“I could talk about food all day,” Labowitz admitted.

This article originally appeared on The Repository: DioGuardi’s Italian Market and Deli passionate about food in Canton

Seven Innovative Session Ideas For Your Next Customer Advisory Board Meeting

Thu May 5 , 2022
Eyal Danon, President and Founder of Ignite Advisory Group. getty With purchaser advisory boards (CABs) assembly in human being once more publish-pandemic, lots of corporations are revamping or restarting their Taxi systems. A commitment to ensuring an participating, member-driven dialogue is critical to having their systems back on monitor. That […] 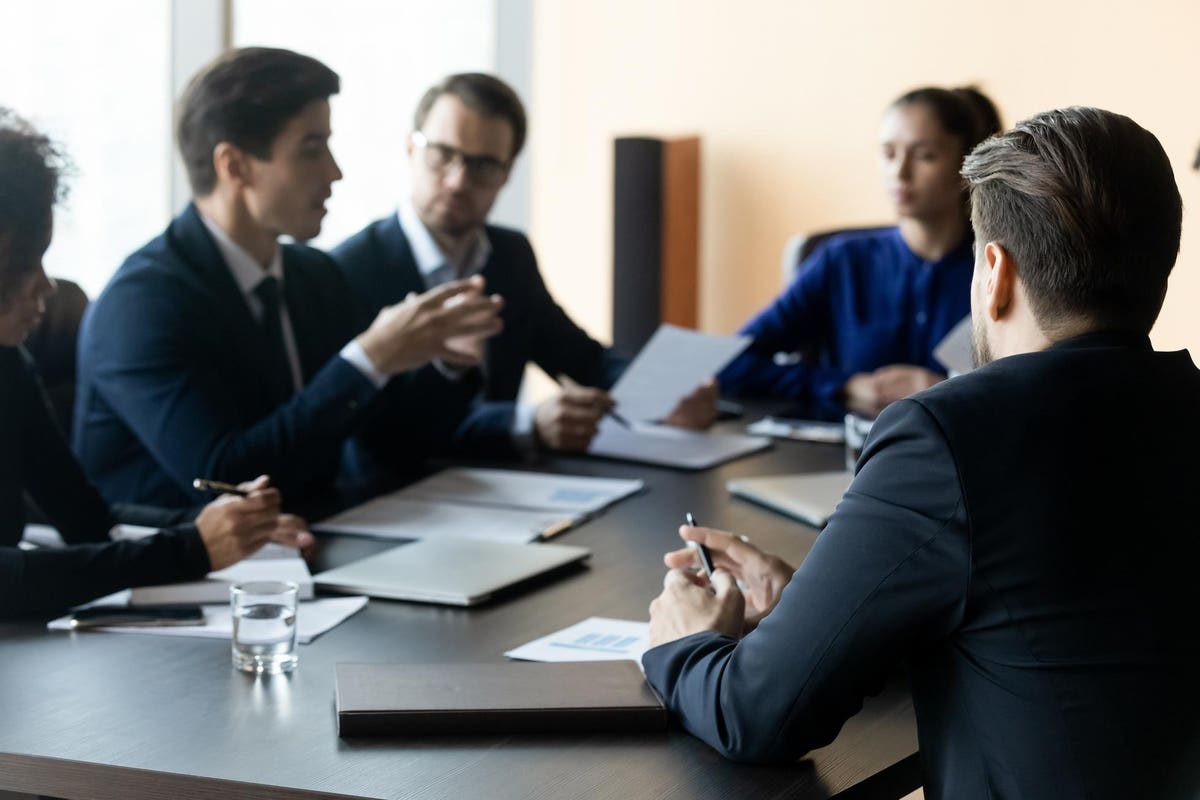