There are many reasons why food prices are rising…

Global food demand continues to be strong but the supply side is going through turmoil because farmers across the world have seen their input costs go up. How much these input costs have risen is very dependent on the region and the type of crop the farmers cultivate or the type of animals they rear. Data on Dutch farming shows that energy and fuel, and fertiliser and crop protection have seen the biggest price increases. Further down the supply chain, food manufacturers have been facing higher prices across a variety of important inputs, ranging from agricultural commodities and food ingredients to packaging, energy and transportation. While direct energy use is usually only a small share of total costs for food manufacturers and retailers, higher energy prices still trickle down to them through the food products and transportation services that they buy.

Based on total costs for the agricultural sector in the Netherlands

Based on data for the Netherlands, 2020

While larger food manufacturers may have hedged some of the price risks of major commodities or energy, higher input costs will filter through eventually, especially because the prices of these inputs are still at an elevated level. Prices of food commodities, for example, stayed around their all-time high in April. Due to these developments, companies like Unilever, Danone, Lactalis and Nestlé all expect their input bills to go up by 10 to 15% in 2022.

This isn’t good news for consumers, especially in non-Western countries. Out of the G20 countries, Turkey and Argentina have the highest levels of food inflation with food prices rising by 60-70% in March, slightly above general inflation in these countries. According to national statistics, food prices in countries like Russia, Mexico and Brazil rose by 10-20% in March. Food inflation and the availability of food are a particular threat to conflict zones and countries in the Middle East and sub-Saharan Africa. Here, households spend a relatively large share of their income on food, making them more vulnerable to increases in food prices. Price isn’t the only issue – supply disruptions due to the conflict in Ukraine and export restrictions can also pose problems for the general availability of food.

Considerable differences in inflation levels in Europe and North America

When we take a closer look at Europe and North America, it becomes apparent that the level of food inflation varies considerably. Increases in food prices ranged from 2.5% in France and Ireland to more than 10% in some Eastern European countries and the Baltics during the first quarter of 2022. A comparison between the current level of (FOOD) inflation and the share of food in total household expenditure indicates that it mainly hurts Eastern European consumers as they face a high level of food inflation in combination with a relatively large share of household expenditure on food. Food inflation in the US and Canada is relatively high compared to the EU average and the price index for groceries in the US reached 10.8% in April. But spending on groceries makes up a smaller share of total household expenditure, in part because people tend to consume more outside the home.

Average food inflation based on the first three months of 2022, food and beverage expenditure based on 2021*

General inflation surged to 7.5% in the eurozone in April, mainly due to a shock in energy and transport prices. While inflation is expected to fall towards the end of the year due to a slightly lower contribution from energy and fuel, we do expect average inflation for 2022 to remain above 6%. Since wage growth has barely increased, this is causing a fierce squeeze in purchasing power for Europeans. The contribution of higher food prices to general inflation has been increasing lately and we expect food inflation to hover around 6% in the second half of the year in the eurozone. This corresponds with business surveys which indicate that selling price expectations from EU food manufacturers are heading higher. This is echoed by major food producers such as Nestlé, Unilever, and Danone which recently communicated that they continue to raise prices to defend margins.

Balance of company’s selling price expectations for the months ahead

Demand is quite unresponsive to price increases…

When the cost of essential goods such as food go up or down by a certain percentage, total demand responds but to a lesser extent. Within food, sales quantities of cereals, oils and fats react less to price changes than those of fruit, vegetables, meat and dairy. Although this vulnerability (or price elasticity) generally provides good guidance for the level of change, it should be treated as an indication, especially because the current situation with price increases in almost every food category is very uncommon. Because of this situation, changes in demand could be weaker than you would expect based on earlier research because the most likely substitutes have also gone up in price. In addition, the market for vegetable oils shows that in the really short term, stockpiling can also interfere with expectations based on elasticity. Here, higher prices and higher demand went hand-in-hand in March and April because consumers anticipated even higher prices and shortages. As a consequence of well-stocked kitchen cupboards, demand is likely to slow down before a new equilibrium sets in.

Consumer demand for fruit, vegetables, meat and dairy is more responsive to price increases compared to staples such as cooking oil or cereal products

Because food products are regular purchases with many substitutes, there are ample opportunities for consumers to switch to more economic alternatives. There are some early signs that this is happening. ING survey data for six EU countries, including Germany and Belgium, shows that between 35 to 45% of consumers are trying to save on daily purchases because of rising prices. Recent Kantar data for the UK shows that sales growth of discount retailers and private label products is outperforming the market and a similar pattern is visible in France. We expect such a shift to muster more strength in Europe in the coming months, but two major factors are curbing the need for consumers to trade down. The first one is that strong labour markets and supportive policy measures are easing some of the pain for consumers. The second is that higher-income groups are less likely to look for ways to save on food expenses, because ‘lockdown savings’ have provided them with a buffer that allows them to maintain spending patterns.

Consumers have several options to trade down on their food purchases

Depiction of a decision tree for consumers

There are multiple actions that food producers deploy to ease the pressure of rising input costs. Companies are likely to resort to the following solutions in the short term:

While over the longer term it can also lead to:

This publication has been prepared by ING solely for information purposes irrespective of a particular user’s means, financial situation or investment objectives. The information does not constitute investment recommendation, and nor is it investment, legal or tax advice or an offer or solicitation to purchase or sell any financial instrument. Read more

Wed May 18 , 2022
SAN DIEGO (KGTV) – “It’s the chance we were being waiting around for,” shares Diana Tapiz. “It’s the opportunity that a lot of San Diegans are waiting around for.” For Tapiz, a Chula Vista chef, her business is now the initial ever to be identified as a house kitchen area […] 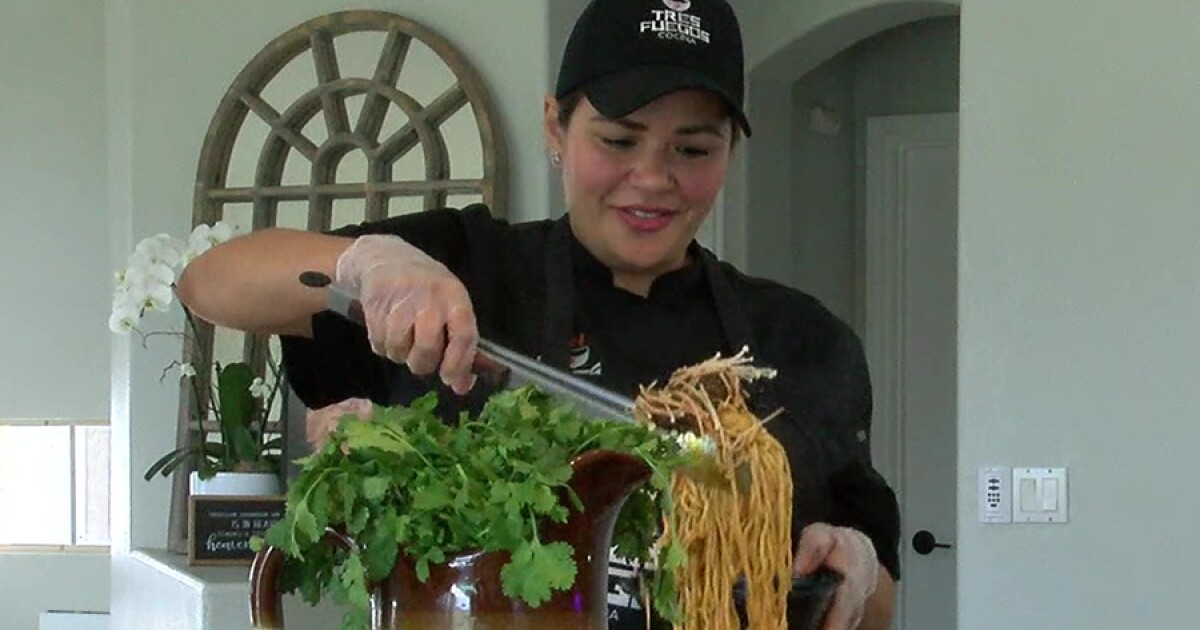