Follow us on Telegram for the latest updates: https://t.me/mothershipsg

The elderly owner of a decades-old local organic farm has started a petition and is attempting to raise awareness on social media in the hopes that she will be able to keep the place.

Green Circle Eco Farm is the labour of love of 78-year-old Evelyn Eng-Lim.

However, its lease, which was extended previously, expires on Jul. 31, following which the government intends to convert the land for military use.

Speaking to Mothership, Eng-Lim revealed that prior to starting the farm, she had had no experience in farming or cultivating plants.

After holding various jobs as a chemist and a position at her father’s manufacturing firm, Eng-Lim became a full-time volunteer for the Nature Society Singapore, which was known as the Malayan Nature Society back then.

In 1997, at the “crossroads” of her life and on the hunt for new challenges, Eng-Lim decided to start her own organic farm despite having no prior experience.

She had become concerned about the rising levels of pesticides used in produce, and before the turn of the 21st century, organic vegetables were something of a rarity here.

“I have got no control over what I eat, and the commercial companies are determining my health, so what do I do? Why don’t I start my own farm?”

Plunging into this new venture head first, Eng-Lim took over a mostly barren plot of land at 41 Neo Tiew Road.

The ground was covered in elephant grass, and the plot of land was made up of clay soil, which is not ideal for planting.

Eng-Lim cleared all the debris and vegetation, and covered the ground with nutrient- and microbe-rich topsoil.

Natural forest of fruits and veggies

The topsoil is an essential layer of organic matter to grow crops, and with this, Eng-Lim began to plant local perennial — plants that grow for several years without the need for replanting — vegetables and fruits.

From there the farm’s crops experienced a “natural kind of progression” into a “food forest”.

A food forest is when food crops are grown to mimic a forest ecosystem. It comprises multiple layers like a typical forest would, including weeds, herbs, shrubs and a tree canopy.

Here are just some of the plants grown at the farm, according to the farm’s appeal proposal:

The food forest is something unique to Green Circle Eco Farm, and Eng-Lim shares how visitors were initially surprised by the disorderliness of the crops.

“In the beginning years, people come here and say ‘How come you are so untidy?’ They expect to be seeing neat, neat rows of vegetables being grown.”

The land which Green Circle Eco Farm sits on has been earmarked as a replacement site for military grounds.

Previously in 2014, the 62 affected farms were informed about the redevelopment plans and that their tenures would be expiring in 2017, The Straits Times reported in 2016.

However, their tenures were extended until the end of 2019 to allow them ample time to transit and enable them to invest in more intensive automation.

Some of the farms’ tenures were once again extended from end-2019 to end-July 2022 due to the Covid-19 pandemic, while other farms have their leases extended till end-February 2023, according to CNA.

Despite being informed eight years back that the farm’s tenure would be ending soon, Eng-Lim shares that she only appealed for a third extension in March earlier this year.

She had been focusing all her efforts on maintaining her crops, managing her customers and conducting tours on the farm, and was also uncertain as to how to go about appealing to the authorities.

“I thought when the time comes, then I’ll deal with it, and in March only then I did,” she said.

Eng-Lim admitted that she regrets not building up better publicity for the farm, and building up a greater network of connections.

Now, in order to save the farm from redevelopment, Eng-Lim has started a petition with the help of volunteers at Green Circle Eco Farm.

Plea to be included in SFA’s agri-food cluster

According to the Change.org petition page, the government had previously rejected Eng-Lim’s appeal for another lease extension on Apr. 25.

Eng-Lim is now making an earnest plea to the Ministry of Sustainability and Environment to consider taking over and preserving the farm.

As Green Circle Eco Farm sits directly opposite of part of this agri-food cluster, Eng-Lim is also appealing for the SFA to include the farm in part of its plans.

“You must have diversity in farming, you cannot put all your eggs in one basket, in indoor, high rise and vertical farming,” she reasoned.

Why save the farm?

To bolster her case, Eng-Lim has listed several reasons why Green Circle Eco Farm should be preserved.

Eng-Lim has hopes for the farm to be a model of sustainable agriculture.

Green Circle Eco Farm procures soya bean waste and brewed coffee waste, which is mulched and converted into compost to fertilise its crops.

The farm claims to save 95 tonnes of waste annually through its composting methods.

The place is also entirely self-reliant when it comes to its water needs.

Instead of getting water from PUB’s pipes, rainwater is collected in a well on the farm that is connected to an irrigation system.

Eng-Lim claims the farm is economically viable and highly productive as no synthetic pesticides are needed.

As the crops grow naturally within the forest ecosystem, less weeding and watering is required.

The perennial crops also provide a continuous supply of fruits and vegetables over the years without having to be replanted.

As the flora on the farm mimic that of a natural forest ecosystem, the land is also rich in biodiversity.

A blue-winged pitta, an uncommon migrant to Singapore, was also spotted there in the same month.

No plans to relocate

Currently, Eng-Lim’s petition has garnered 4,800 signatures out of the targeted 5,000.

But in the event that farm’s tenure truly ends, has Eng-Lim considered relocating the farm elsewhere?

Her answer is a resounding “No”.

She explains that with all the hard work and effort put into building up the food forest, an ecosystem like that will be nearly impossible to replicate in another location.

Relocation also meant that she would have to uproot all the plants currently thriving at her farm, and the new site would also require prepping through the removal of debris and laying out of topsoil, which would entail long hours.

Eng-Lim sounded increasingly agitated as she spoke about this remote possibility.

“If [I] want to uproot and go to another place, I got no heart to remove all that topsoil. You’re destroying everything to put into another place, and… you must make sure that [the new site] is ready to receive it, receive all this soil!”

Gayle Hariff is among those petitioning to save the farm.

She first learned about Green Circle Eco Farm from an online video. Upon visiting the place in January 2022, she told Mothership she was shocked to find out that the farm would be gone in July.

She and her sister thus decided to volunteer there.

“There is yet a lot of potential for this farm and Evelyn to share [her knowledge with others]. I would be very saddened if this national hidden gem is taken for granted,” she said.

On the petition page, Eng-Lim clarified that her appeal was not to extend the lease for “running personal farming business”, but to “protect a valuable ecosystem that deserves to be conserved as an important part of Singapore’s sustainability vision”.

Ultimately, even though the end of the farm could arrive in less than a week, Eng-Lim still hopes for the best.

“I’m doing whatever I can.

… When the day comes, I suppose I have to look at it in the eye. But in the meantime… I go on. At this [late] stage, I dont think of failures. I just feel that I have to fight on.”

Thu Jul 28 , 2022
French biotech Enterome has signed a strategic R&D collaboration and license settlement with Switzerland’s Nestlé Health Science. Component of a new wave of businesses intrigued in the microbiome, Enterome has been doing the job on its Mimicry drug discovery system, leveraging interactions between the intestine microbiome and the immune method.  […] 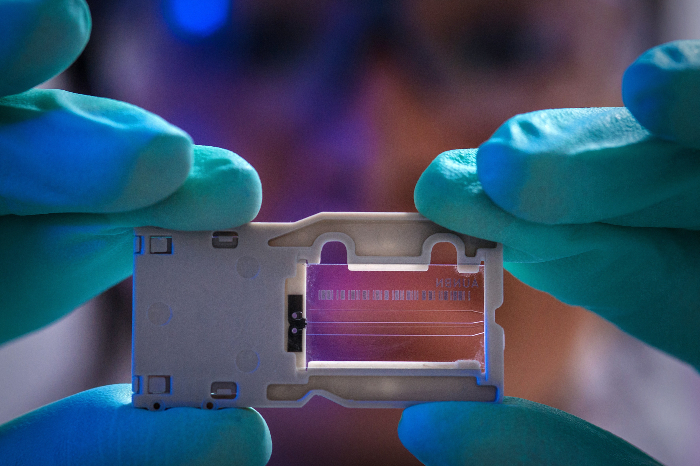