Two Carlsbad bakery chefs known for their delectable desserts were picked out of hundreds of young bakers across the country to create a cake on “Disney’s Magic Bake-Off.”

The duo can whip up a delectable dessert masterpiece, but they were still too young to drive to L.A. for the filming of the show.

Ella Traverso, 13, and Ellie Joyce, 11, share their baking prowess with millions of viewers on Disney Channel’s new hourlong baking series for young pastry chefs ages 6 to 14. The girls competed on the air to create the “most extraordinary cakes inspired by the magic of Disney.”

The 13-episode series is hosted by Disney Channel stars Dara Reneé (“High School Musical: The Musical: The Series”) and Issac Ryan Brown (“Raven’s Home”), along with Disneyland resort pastry chef Graciela Gomez. The show, created by Tastemade media company, aired its first episode Aug. 13 and Ella and Ellie were in the spotlight Aug. 20.

For the two girls, who are best friends and love to bake together, it was a dream come true. It was Ellie’s first time on TV, but Ella has been in a number of commercials. Both sell their own home-baked desserts. Ella runs E.Claire Bakery and Ellie’s neighborhood business is called Desserts.By.Ellie, a subscription delivery service for local families featuring custom cakes, dog treats and dog birthday cakes.

The young pastry chefs teamed up for the show as the “Tinker Ells” (as in Tinkerbell and Ella, Ellie), wearing braids and pink T-shirts that matched the frosting on the bottom tier of their three-tier cake.

“The most exciting moment was walking out on the set for the first time seeing everything in real life,” Ella said.

The duo had practiced many times at home, but when the day came to join other teams on the set for filming, they knew that the camera would be zoomed in on their every move and every word during the one-hour show.

“The most challenging part was definitely the time restriction. Being under pressure and timed by the clock was very stressful and challenging, but Ella and I overcame it,” Ellie said.

The theme for that episode was Disney parks, and they went for a design that was “big, bright, bold and fun.” It was a chocolate cake featuring a salted Dulce de Leche and peanut butter mousse , chocolate ganache, peanut pretzel crunch and American buttercream.

The bottom layer was inspired by the MadHatter’s Tea Party (teacups) attraction and had spinning tea cups. The next tier was inspired by Ariel’s Undersea Adventure and featured scales as well as molded chocolate mermaid tails.

The top tier was inspired by Tinkerbell at Pixie Hollow and decorated with meringue mushrooms and colored edible flowers representing the four seasons. The top of the cake was a tribute to the food of Disney parks and featured rock candy, hand-piped meringue lollipops, wafer paper fireworks and marshmallow Mickeys.

While doing all that, one rule was that the contestants were supposed to keep chatting with their baking partner and with the other teams. “We had no lines or anything—everything was totally natural,” Ella said.

“They are really fun to watch as a team, they are silly and goofy together, extremely determined, but also comfortable giving each other feedback, listening, and making adjustments,” said Ellie’s mom, Nancy Joyce.

Before filming, the girls worked with Disney production crews via Zoom video calls.

“We baked so much and practiced all of our techniques having large objects in front of us while baking to try to imagine what the cameras would be like. It was definitely hard to adjust to talking while baking, so we had someone stand there with a camera and record us to get experience talking to someone while we were baking,” Ellie said.

Along with hours of practice, the girls prepared their “special ingredient” and sent it to the studio with their recipes, so it would all be ready for them on the set.

Even though the girls didn’t win the bake-off title, they won the “wafer paper firework” challenge for having the best cake decorations made out of edible wafer-thin paper in the shape of fireworks with gold luster dust.

“It was really incredible to see how truly dedicated to it they were. There were tight, ever-changing deadlines they had to meet, countless Zooms with production, not to mention all the of the time they spent planning and practicing,” said Ella’s mom, Rebecca Traverso. “I know my daughter, Ella, had the time of her life and is beyond eager for another opportunity like this.”

For both girls, baking is their passion and they loved being on TV.

“The past year has been challenging with all of the uncertainty throughout the pandemic and both Ella and Ellie have found ways to take their passion and share it with others,” said Ellie’s mom, Nancy Joyce.

“It was such an amazing experience and I want to do another baking show again sometime soon,” Ella said.

An upcoming episode is slated to feature another local pastry chef team from the San Diego area. Sisters Channah, 12, and Naomi, 11, Zeitung are slated to compete as the Kickin’ Cakers in the “BUNK’D” themed episode of Disney’s Magic Bake-Off that airs at 8 p.m. Sept. 3 on Disney Channel and DisneyNOW.

'A passion for food and a passion for service': How Kenny Andrews of the Edgewater Lounge brings faith, food and music to Diamond Lake

Thu Sep 9 , 2021
DIAMOND LAKE, Wash. – When Kenny Andrews walks around his new restaurant and lounge greeting customers, his charisma has many guessing he was an entertainer, preacher or shrewd businessman. All are correct. The 59-year-old is the driving force behind the major renovation and reopening of a closed, dilapidated restaurant near […] 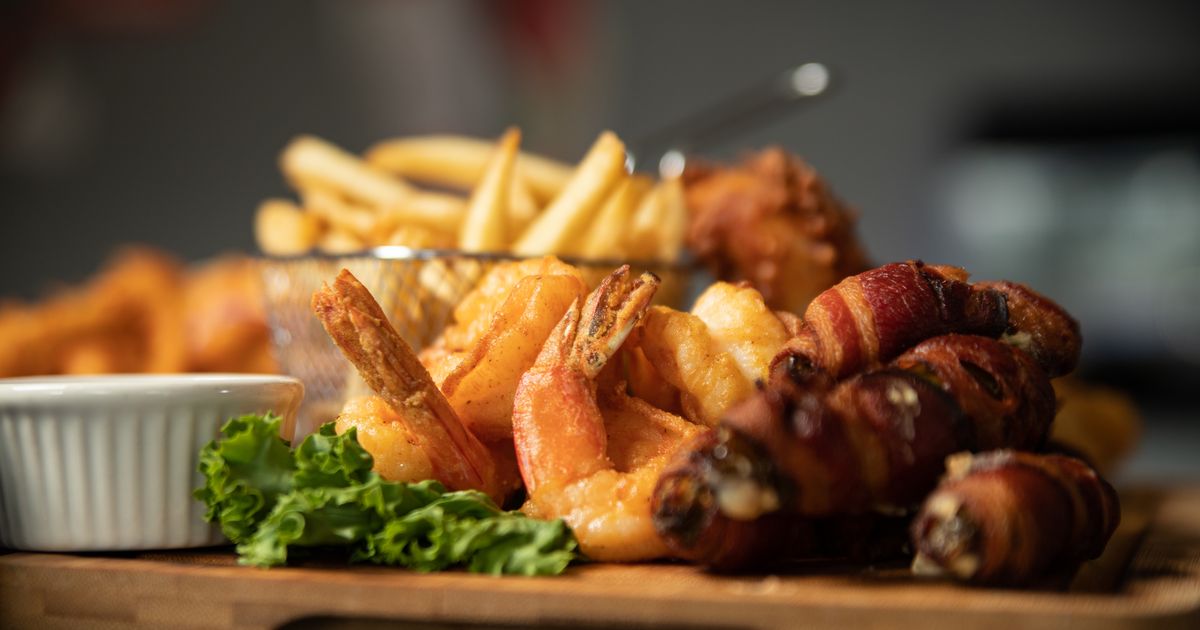