About a year ago, former NASCAR star Danica Patrick and Green Bay Packers quarterback Aaron Rodgers broke off their relationship.

Rodgers has since moved on, as the NFL star is engaged to Hollywood actress Shailene Woodley. Now, Patrick appears to have moved on, too.

“I think we learn the most about ourselves through relationships, but there’s nothing like heartbreak to really throw you in the deep end of that,” Patrick said this week, via US Weekly. “But I’ve learned a lot and as broken open as I was on the sad end, I have felt so much joy in so many more instances and so many more unlikely places than I ever have, so it’s like my heart got broken open to both ends of the spectrum.”

This week, Patrick appeared to reveal her new boyfriend on Instagram.

“Beach workouts are fun for one, but better with you…” she wrote.

Patrick appears to be dating Carter Comstock, a co-founder of Freshly.

“As Co-Founder and Chief Innovation Officer at Freshly, Carter brings a passion for health and fitness combined with years of experience in business to the thriving fresh, ready-made meal delivery service. Carter discovered his enthusiasm for health and wellness early in life while watching his father Dr. Frank Comstock, M.D., help people work to achieve optimal health. By staying on top of the latest healthy lifestyle trends, he and his team of chefs, food scientists, and wellness experts bring nutritious meals to thousands of homes every day,” his LinkedIn profile reads.

According to the New York Post, the happy couple could have met through business.

In February, Beam, a CBD wellness brand, announced the completion of a $5 million Series A financing, according to PR Newswire, “with significant investment from new investors” including Comstock. Patrick, meanwhile, was part of a $5 million seed investment in Beam in April 2020.

It’s unclear how long they have been together, but they appear to be very happy.

Wed Apr 21 , 2021
For chef Victor Aguilera, appearing on the 420 version of “Chopped” was partly a chance to redeem himself. Out to avenge a loss on Food Network’s “Cutthroat Kitchen,” Aguilera, of Arepas en Bici in San Francisco, saw his chance with “Chopped 420.” The show — which also features Oakland chef […] 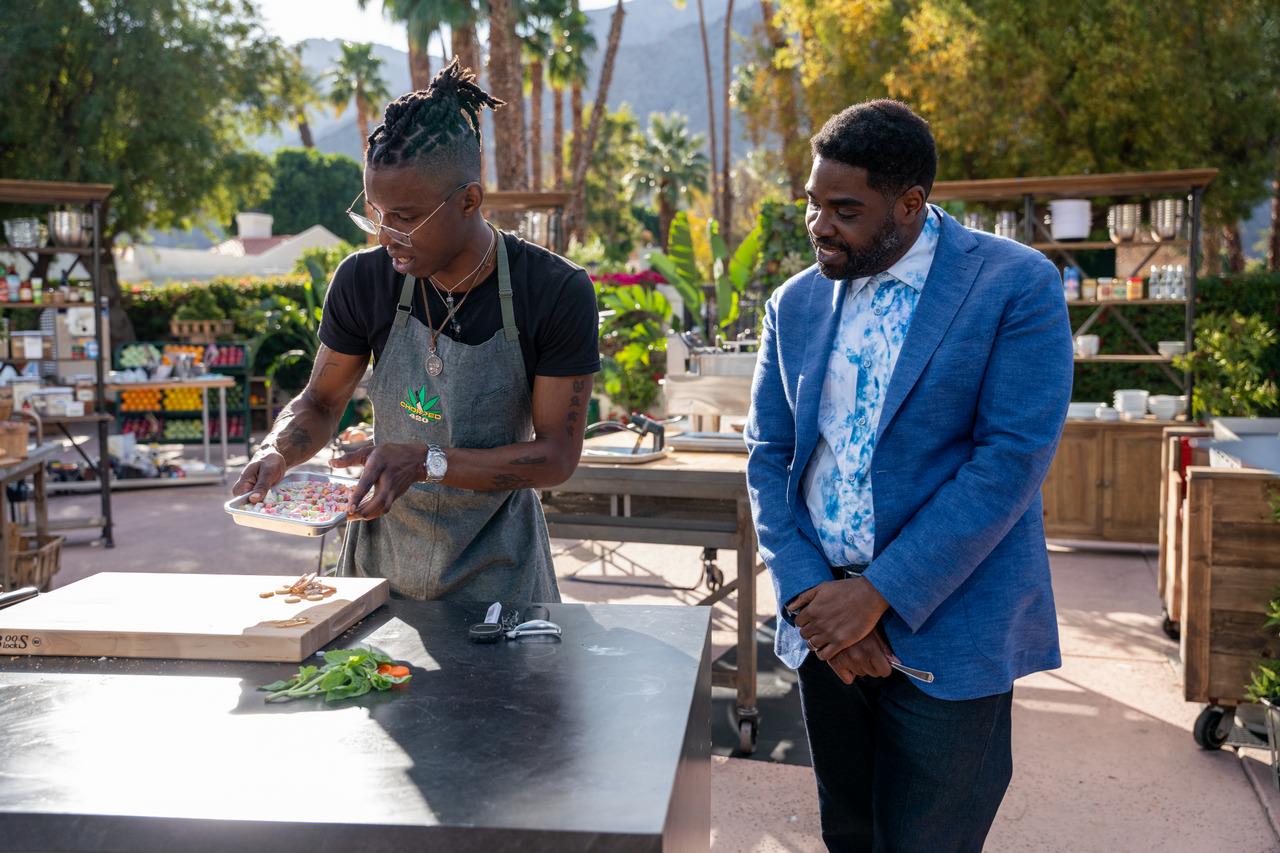