Grinning slightly, with a North Valley Food Bank beanie on his head, Johnny Alamilla says “most people know me as the guy who made breakfast sandwiches at Uptown Hearth.”

The humble proclamation belies the contents of the binder in front of him, although the knowing grin hints at what’s inside: pages upon pages of press clippings about Alamilla’s prowess as a chef from the industry’s most prestigious publications, including Gourmet, Food & Wine, Bon Appétit and New York Times Travel, as well as recognition from the James Beard Foundation.

Before he became the breakfast sandwich man, Alamilla had a successful career as a chef-owner, gaining national acclaim for his highly regarded Latin fusion restaurant in San Francisco, as well as other eateries, before making his way north through Aspen, Colorado and eventually into Whitefish, where he served as executive chef at the Iron Horse Golf Club for six years.

Seeking a change of pace, and even considering leaving the restaurant world altogether, Alamilla moved over to Uptown Hearth in Columbia Falls, whipping up breakfasts alongside his wife Catherine Olsen, his constant cooking companion. After Uptown recalibrated last fall due to COVID-19, he fell in love with the mission of the organic farmers behind The Farmers’ Stand in Whitefish and joined the team.

Customers of The Farmers’ Stand likely have no idea that the man crafting their tasty sandwiches is one of the region’s most highly acclaimed chefs. At this low-key stage of his career, that’s the way Alamilla likes it.

What got you into the food industry?

I started when I was 15 in Baltimore as a fishmonger cutting fish down at the inner harbor. I had always loved food. My father’s family is from Honduras — I’m a first-generation American — and it was all the great Latin food that I ate growing up from my grandmother’s cooking that really drove my passion for understanding food better.

My father was in accounting, and I studied business, but I didn’t see myself having any fun doing a 9-to-5 job. I got my business management degree and then enrolled in culinary school and realized I really wanted to be a chef. I worked in downtown Baltimore restaurants, cooking at night and going to school during the day, and that’s what got me started.

I worked with great chefs who seemed happy and satisfied with their lives. That’s something I wanted. It was the flexibility of a restaurant career that drove me to want to be a chef.

I moved to San Francisco in 1990. I loved seafood and I loved fresh ingredients, but it was when I got to open my own restaurant, Alma, that I got in touch with my Latin roots. I took the techniques I’d learned from chefs and what I learned from my family from Central America, and I was able to come up with a cuisine of my own, Nuevo Latino, applying French techniques to Latin food.

How would you describe your philosophy and approach to cooking at The Farmers’ Stand?

Seasonality is the biggest thing for me. I try to never force flavors. I cook with tomatoes when tomatoes are great. We’re using corn and zucchini when corn and zucchini are great. Following and staying true to the season is something I try to do with our cuisine. It’s local cuisine, Flathead Valley flavors, using green beans from down the street and huckleberries, mushrooms, local ingredients.

You have to work with what’s there when it’s local and in season. To me it’s more rewarding to work with what’s here in the Flathead Valley. That’s the hope for the future. Trucking in food, society won’t last like that. Big agriculture is important, but if you ship everything to you, that shipping alone will take care of the world not being here. We have to get local about how we solve our problems and how we feed ourselves.

That’s what (the organic farmers who launched the operation) wanted to do here. The concept is amazing. It’s what made me sign on. I wasn’t looking for another job cooking. This in my opinion is hope for the future: growing sustainable, local, organic food is really the best thing we can do and you can do for yourself. It was that mission and that concept they came up with that I wanted to be a part of.

Every day they bring in these vegetables, this wave of great, fresh vegetables. It’s a chef’s dream. The produce I get to play with is absolutely amazing. My job is to make it taste delicious so we can give people examples of what to do with it. Bringing this food to the people: that’s their concept. I’m helping people by showing them what they can do with these vegetables.

What tips or advice do you have for home cooks?

Keep it simple and stick with three basic flavors that you really love and most things will turn out right. I think a lot of times people overcomplicate things by throwing too much stuff in. If people could really bring out the true flavors of the food and keep it simple, they would be a little bit more successful.

A great quote from Italian cooking is, “It’s not what you put in; it’s what you leave out.” It’s about knowing what you want, knowing these flavors are what you want, and not overcomplicating it and muddying the flavors.

Fri Nov 12 , 2021
Since Kettner Exchange restaurant opened in Little Italy in 2014, chef Brian Redzikowski has made a national name for himself. In 2016, he was invited to cook at the James Beard House in New York. In June 2019, he earned a coveted Michelin Bib Gourmand award with Kettner owner Matthew […] 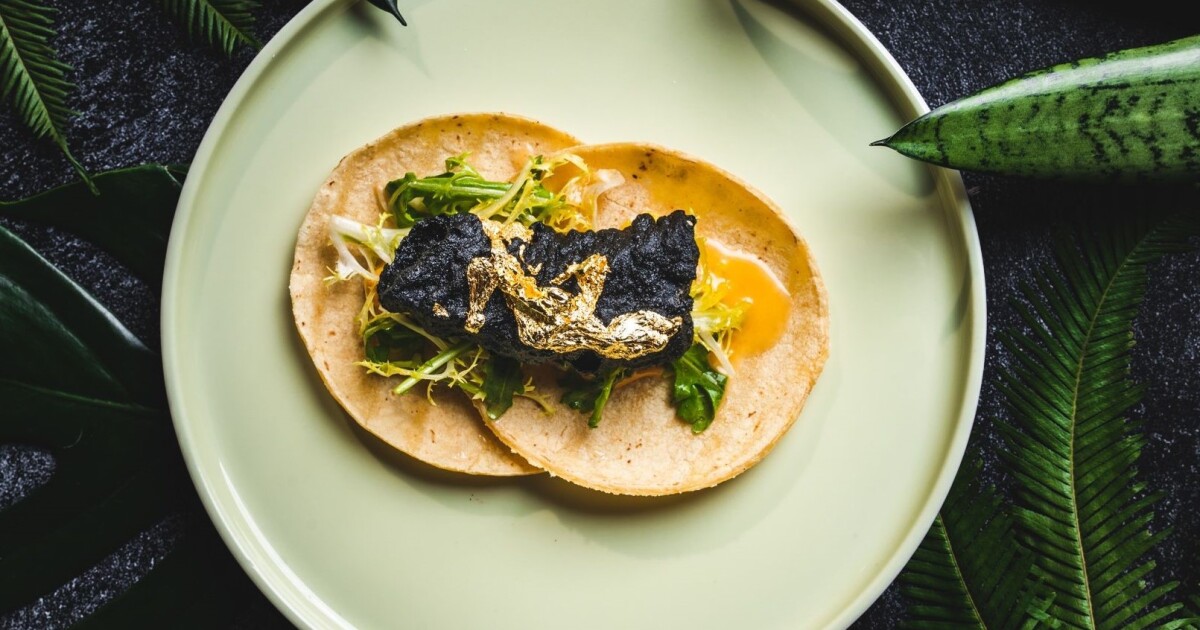