The King and Prince Beach and Golf Resort has added a new executive chef with many ideas for the future of cuisine there.

Thomas Cook has gained experience in many restaurants across the South and recently moved to the Golden Isles from Nashville.

Cook said his culinary passion began to develop at an early age due to his father’s proclivity towards Southern foods and the abundant fresh ingredients in his childhood home.

“I grew up on some good old-fashioned gumbo and red beans with rice. We always had our own garden, and I guess that’s where my love grew,” Cook said.

Fresh eggs from his family’s chickens and vegetables from the garden taught him to appreciate a farm-to-table lifestyle important for his development as a professional chef.

Cook said that his time in Nashville taught him much and provided him his first opportunity to exercise creative freedom within one of his restaurants.

He said this freedom is what he loved most: handcraft a menu and build a team from the ground up.

“That’s why I got into this business in the first place. I consider myself a culinary artist. The creativity is what drives my passion,” he said.

Cook said he is excited by the opportunities for the future of the King and Prince and that his first goal is to revamp the brunch menu.

He said the resort had offered him the freedom he yearns for, allowing him to alter the menu except for a few favorites such as the shrimp and grits.

Cook said he takes inspiration from several different cultures but never forgets the importance of using fresh, locally-sourced ingredients in his restaurants.

“It starts with good ingredients, fresh local produce, and fresh seafood,” he said. “It’s gonna require me building new networks, getting to know all the fishermen and farmers here, and getting great products.”

He added that he is glad to be in the Golden Isles due to his fondness for seafood.

Cook said he couldn’t imagine himself in any other field of work, and if he weren’t cooking in a restaurant, he would be doing it at home instead.

He said he feels fortunate that he discovered his passion early in life and has been able to turn it into a lasting career.

“I followed my heart no matter what, and I have no regrets. I still love coming to work and doing what I do, and not everyone feels that way, so I am grateful,” Cook said.

He added that beginner chefs must follow their hearts as well.

He said those pursuing cooking as a career shouldn’t do it because someone else is telling them to.

“It has to come from within,” he said.

Step 1: Whisk all wet ingredients together with sourdough starter. Whisk in dry ingredients just until fully incorporated, then set aside. Heat a griddle or non-stick skillet on medium heat and ladle 2 oz. pancakes until golden brown on both sides.

Step 2: Cook blackberries in a small saucepan with honey until softened, let cool, then whip butter with sweetened berries to make a compound butter and let cool.

Step 3: Meanwhile, slice peaches and sauté on high heat in a skillet with butter, sugar and vanilla extract until lightly caramelized and set aside — warm maple syrup in a small saucepot with ground cinnamon.

Step 4: To assemble, plate pancakes, then top with caramelized peaches, drizzle with cinnamon syrup and dollop the blackberry-honey butter on top. Garnish with fresh mint leaves.

HOW TO BE SUCCESSFUL IN A WINE BUSINESS?

Wed Aug 25 , 2021
Wine is a challenging, demanding, and costly industry that is likely to be more difficult than your new study. Even those who have made it to the top of the wine industry are quick to warn: Make sure you know what you’re getting yourself into. Wineries may be profitable in […] 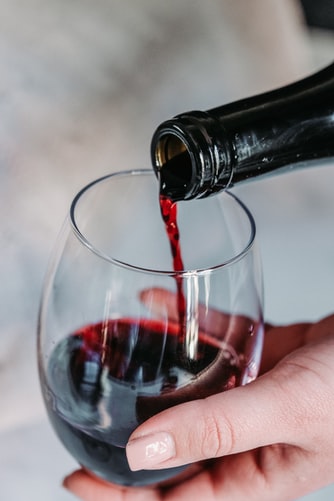