One of Estacada’s newest food carts is focused on community.

In March, Kristy and Vince Adams opened Kristy’s Down Home Cookin’ at 367 S.E. Main St. The Estacada residents want to offer their neighbors another option for quality and affordable food.

“We’re going on 13 years in Estacada, and we don’t ever plan on leaving,” Vince said. “People said to us, ‘You could put your cart somewhere else,’ and we said, ‘That’s not what we want to do.’ We want to serve the people of Estacada and be here for years to come.”

From the food cart’s opening day, the community has supported Kristy’s as well. On their first day in business, the Adamses had a long line of customers and were feeling a bit overwhelmed.

“Roger Chapman (from Chapman’s Three in One Station) comes running over, and he asks, ‘Where do you want me?'” Kristy said, recalling the assistance they received from a neighboring business.

“She took me back into her kitchen, and I thought ‘This is my goal,'” Kristy said.

She has several plans for community involvement, including partnering with the Estacada Area Food Bank. She also hopes to hire several local high school students this summer.

Prior to opening the food cart, Kristy was an avid baker, but didn’t cook extensively.

“It was scary at first, but I did so much research. I watched food truck shows, I watched cooking shows, I watched Youtube. If I didn’t know what something was, I Googled it,” she said, noting that her great-grandmother and great-great-grandma ran a boarding house and a restaurant. “I always thought, ‘That’s crazy. Who would want to do that?’ And here I am. I think it’s in the blood.”

To create a smash burger, the meat is formed into balls and then pushed onto the grill with a burger press. This results in extra browning and flavor without the burger becoming dry.

“We looked at what was around, because we didn’t want to duplicate anything. And we thought, there’s no burger cart in Estacada. You can get a burger in Estacada, but there’s not a burger food cart,” Kristy said.

She makes all of the food fresh each day.

“I could buy frozen, but I don’t want to do that,” she said. “I love the food that I make, and I love that the community loves it, so that makes it easier.”

The Adamses have partnered with the Estacada-based Oliver’s Delivery for those who wish to have their food brought to their home. Additionally, if customers want to explore nearby businesses while they wait for their order, Vince will often bring it to them, jokingly referring to it as curbside service.

“We want to give back to our community in unique ways. We understand fully that we wouldn’t have anything if it wasn’t for our community,” he said.

You count on us to stay informed and we depend on you to fund our efforts. Quality local journalism takes time and money. Please support us to protect the future of community journalism.

Sat Jun 4 , 2022
For journey agent Lizzie Reynolds, Disney is magical. And not just mainly because of Cinderella’s castle or adrenaline-inducing Area Mountain. Somewhat, for the cooks and their eagerness to create dishes for all site visitors, like individuals with food stuff allergies. Lizzie Reynolds at Disney. Pixie Lizzie: Magical Meals Allergy Vacation […] 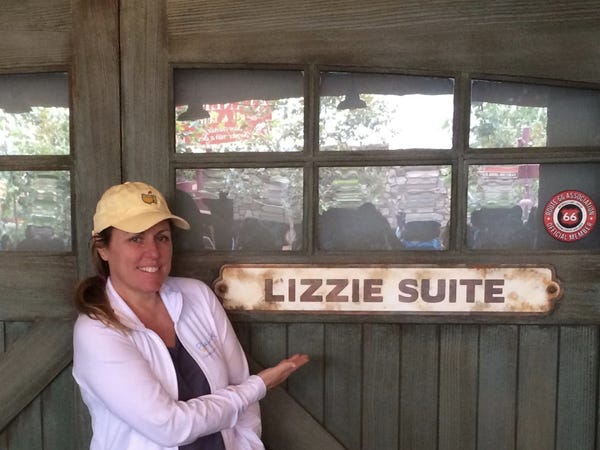