Donato Poto runs the Michelin two-star dining room, its walls the color of damp sand, while the kitchen walls can barely contain chef Michael Cimarusti’s passion for fish. Santa Barbara prawns grilled with a wisp of rosemary represent the West Coast; New Bedford scallops chopped into a tartare with sea grass and toasted brioche compete for the East. Cimarusti respects the pristine state of great fish so much that any additional ingredient has to earn the right to be on the plate.

A proper chef’s table, often reserved for friends of the chef or important patrons, sits directly in a restaurant’s kitchen. But the one at Providence is not just a table and doesn’t require a celebrity name to book it. More elaborate yet accessible, the intimate one-booth room has a large glass window that offers a wide view of the ballet that Michael Cimarusti and his team of white-jacketed chefs perform each night. They construct seafood creations like tender unary and abalone in dashi (dried tuna flakes) with the precision of surgeons while you nibble on porcini and trotters and listen to your self-supplied soundtrack, courtesy of an iPod docking station. Go for the “Chef’s Tasting,” an omakase-style 15-course menu of off-menu items.

Bring any cheese up to room temperature often enough, and its aroma will eventually head south, dipping below mushroomy and barnyardy into the realm of funky and ammonia-like. Thus it’s best not to overload a cheese board; as important as selecting carefully is rotating frequently. Mere quantity is not enough. What is revealed when timely turnover occurs is nothing less than a dimension of true flavor ready to be explored: the green, grassy lightness of a chèvre crottin, the nutty tones of a washed-rind wheel, the resonant, deep notes of a mature Gouda. At Providence, a Mid City restaurant known for the inspired fish cooking of chef Michael Cimarusti (it garnered two Michelin stars this year), this refinement is achieved by including a cheese course on most tasting menus. Whether or not you’re a turophile, the cart is rolling your way. The selection is eminently respectable; a recent visit showcased two leaf-wrapped beauties from Washington State cult artisan Sally Jackson, a Poire-accented Rogue River blue, and a firm Berkswell from the English Midlands. Of course, the usual accompaniments of nuts and fruit compote are offered. But it’s all in the tableside cutting that comes with the cart, not to mention the learned discussion about what pairs nicely with a runny époisses, that signals each slice is served at its perfect moment.

Chef Michael Cimarusti is a devoted angler. His idea of meditation? Hours alone in the fish room of his restaurant, filleting halibut caught for him off the coast of Maine or arctic char so fresh it still smells like cucumbers. After turning Water Grill into a world-class restaurant, Cimarusti opened Providence, nominated by the James Beard Foundation in 2006 for the country’s Best New Restaurant award. A reverence for fish underlies Cimarusti’s preparations, whose elegance is transporting: a velvety uni sabayon arrives in an eggshell, the wild, troll-caught king salmon in a chamomile emulsion. But he knows better than to sissify his “chowda,” a rich bacon-and-clam-studded medley that would make a schooner of Massachusetts fishermen head for shore.

Born in Italy and trained in London and New York, Vincenzo Marianella has spent enough time in L.A.—most recently as Valentino’s mixologist—to realize ours is not a serious cocktail town. Apple martinis and cosmopolitans were all anyone requested. So in April Marianella was heading to London, where they appreciate a good summer cocktail, when Providence ‘s general manager, Donato Poto, stopped him. Marianella could have the bar he wanted—organic juices, fresh fruit, nothing from a gun—and all the 14-ounce collins glasses necessary to hold his perfect summer drink, which has the bite of tequila, the sweetness of berries, the color of Chambord, the balanced tang of lemon, and the snap of ginger beer cut with orange bitters. “I’ll call it,” said Marianella, “the Rhode Island Red. But if you drink more than three, I’m calling you a taxi.” 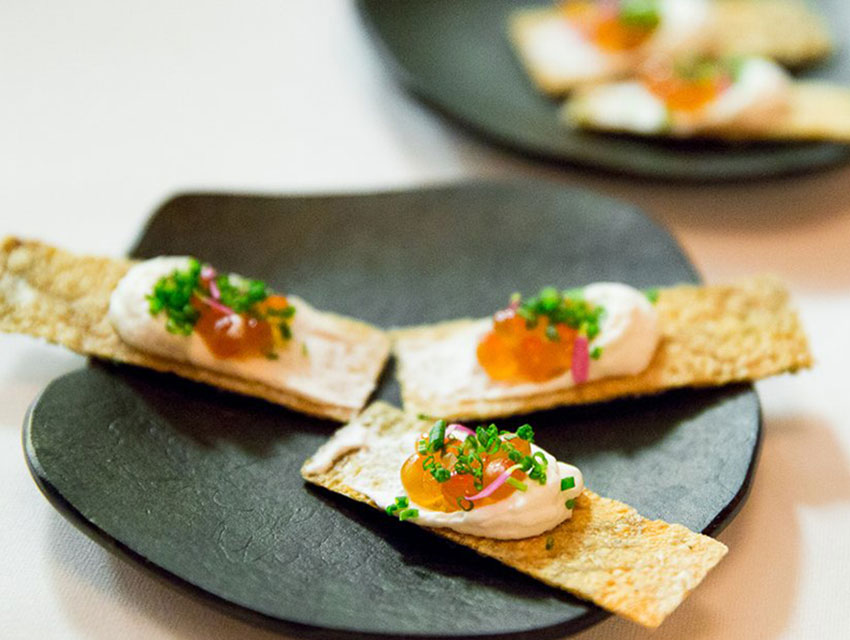 Sun Jul 11 , 2021
To determine if this is one of the best fit for you, let our group of consultants leverage their years of experience to offer a hand as you think about your choices. Let us help you make this big second even sweeter by connecting you with the best loan in […]