Presented by FestEvents Foundation, The Piehole Project is an upcoming online pie auction and raffle featuring the work of 25 different chefs from across North Texas.

From the Spaghetti and Meatball Pie to the Onslaught of Chocolate and Whistlepig Pie, there’s something to satisfy any and every craving. Bidding starts at $75 and the silent auction will run from Monday, Oct. 12 at 9 a.m. to Sunday, Oct. 25 at 8 p.m.

The proceeds will go toward Chefs of Tomorrow, FestEvents Foundation’s scholarship fund for students at local culinary schools. Alison Matis, a co-owner along with Cheryl Weis and Emily Mantooth, say they had been wanting to pursue a pie-themed project before COVID changed the landscape.

“The idea of a pie-themed event has always been there. When COVID hit, all of the food festivals kind of hit a pause,” Matis says. “But we still wanted to try and do something that raised money for scholarships. Because in the middle of an economic crisis, you see a lot of people go back to school.”

The idea to have a fully virtual pie auction was born in May, and it wasn’t long before they started reaching out to local chefs to contribute their talents and skills with a couple of pies.

“We made sure that we talked to them and said, ‘Hey, we know that times are rough and we certainly don’t want to be asking anything too much of you right now,’” Matis says. “’One, does [this] sound like it’s too much of an ask at this time? And two, if it doesn’t, is it something that you might be interested in participating in?’”

The trio asked the chefs to prepare three pies, two for the photos and one for the highest bidder.

“That turned out, for most, to not be a very big ask,” Matis says. “It allowed them to participate in something while all of this was going on and not feel that their resources were stretched.”

Katherine Clapner of Dude, Sweet Chocolate is preparing the Onslaught of Chocolate and WhistlePig Pie. The pie has a hazelnut brownie crumb crust, a layer of ganache with WhistlePig whiskey and brown butter, which is then lightened up twice with whipped cream, and topped with more chocolate.

“You’re going from crunch to creamy, to a little bit mousse-like, to a chocolate whip cream on top,” Clapner says. “So basically, it’s just going from the darkest to the lightest on top.” 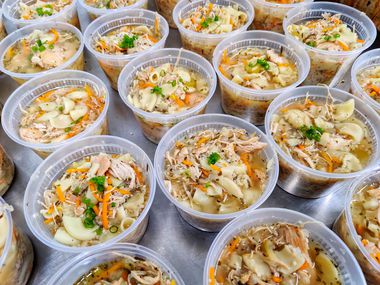 Clapner has over 20 years of experience under her belt as a pastry chef. Over the last year, Clapner hosted monthly tea parties that each featured a different country with a different guest.

“For 12 months, I learned chocolates from 12 different countries,” Clapner says. “Thinking about that over a year’s span of time, I’ve been really lucky that I’ve been able to see other cultures’ pastries and be able to see the similarities that are bigger than people think.”

In addition to the Piehole Project, Clapner has also worked in fundraising efforts for Texas Restaurant Association and Meat Fight, a nonprofit to help people living with MS.

“I’m a very big fan of charitable organizations with extreme transparency,” Clapner says. “[FestEvents Foundation] has been very good to the chefs as well as to the community. Culinary school is expensive, and any leg up that they can get is a good thing.”

FestEvents Foundation also has an intern who has been a recipient of the scholarship for two years.

“We want to be able to follow back up with them and ensure that they still have these consistent opportunities to get scholarships, and to continue in their education, and follow their passion,” Matis says. “By providing scholarships, we’re ensuring development and amazing future colleagues into the restaurant and hospitality industry.” 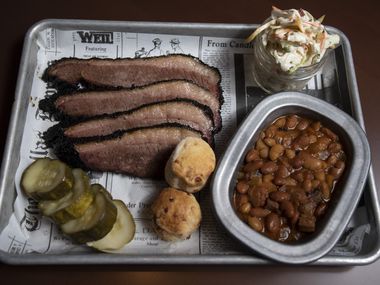 Thu Oct 8 , 2020
From decorations to invites, there’s a good deal of arranging that goes into a Halloween party for kids. Fingers down, while, one particular of the most difficult parts is figuring out what fun and festive party meals to provide. But it isn’t going to have to be. “For kids’ get-togethers, finger food […]