Priyanka “Pri” Srinivas, founder and CEO of The Live Green Co, here writes a special guest article for vegconomist, putting forth her thoughts on why companies in the health food industry need to get on board with clean label products.

It was shown that plant-only eating doubled in continental Europe between 2016 and 2020 and another report found the number of vegans in the United States rocketed up by 500% over a similar time period.

While it is important that this “plant revolution” retains its authenticity and credibility, even vegan ‘meats’ can fall into the newly recognized category of ‘ultra-processed’ food, which has been linked to the very same health perils of eating red meat and fried food.

In order for plant-based eating to remain an authentic effort towards sustainability and health, there needs to be regulations to protect the safety of consumers. This demonstrates an escalating need for “clean label” products, or products that are truly all-pant but without harmful chemicals and additives. But what exactly is a “clean label” and how can we verify it?

In the following article, we will help to define what’s lacking (and unfortunately not lacking) in plant-based food products, why we should move to clean labels, why all-plant products are the next necessary step for the plant revolution, and how foodtech innovations will help to achieve this new standard in the food industry.

These startling figures probably have a lot to do with the fact that many of the ingredients that are in modern-day products are confusing with long, tongue-twisting names that the average person can’t decipher. In fact, nearly 64% of consumers would be willing to switch to another food product if they understood the ingredients in it and more than half (54%) would pay more for a food product that contains ingredients they understand or recognize.

For those trying to be more plant-based, this issue is further exacerbated by the fact that fake meat can have over 50 chemical ingredients—the very same chemicals used by their meat counterparts. That makes it important to remember that although at first glance plant-based meat alternatives can appear to be more organic, they are also made in factories like animal-based products. According to Consumer Freedom,  a nonprofit organization devoted to promoting personal responsibility and protecting consumer choices, the top chemicals and additives found in plant-based foods are as follows:

What’s more, some of the most popular plant-based food companies have an assortment of chemicals, additives, and unsustainable ingredients in their products. While they’ve made amazing progress for the plant-based food space, Chilean company NotCo still uses ingredients like canola oil, which is genetically modified for planting. Even worse, spray fertilizers and pesticides used on non-organic canola oil are often washed away by rain into the marine environment and harm aquatic life.

Additionally, according to Consumer Freedom, in an interview, Beyond Meat’s CEO Ethan Brown claimed that the company “just takes the amino acids and the fats from another source and recreates them” in their products. This is without an explanation of how (or even from where) this replacement occurs. Many of their products contain harmful dipotassium phosphate, potassium chloride, titanium dioxide, and maltodextrin.

It’s really no wonder that it was found that 63% of plant-based consumers are looking to purchase less-processed alternatives and would like more options made with whole foods such as vegetables—showing why all-plant and “clean label” products need to become the new prerequisite in plant-based foods.

The need for alternatives that are all-plant, allergen-free, and 360° green

As it turns out, there seems to be a bit of a double standard emerging in the plant-based food industry. With the European Union rejecting the ban on meat substitutes but approving the ban on vegan dairy products, as far as the EU is concerned, “Veggie Burgers” are signed, sealed, and approved by the government, but companies are restricted with their use of “cheese” and “yogurts”. At the same time, this report shows that 6 in 10 plant-based consumers would eat more meat alternatives if they were less processed.

To avoid this Catch-22 situation, the industry standard is shifting and clean labels are becoming the new expectation in the health food sphere, not only because of need, but also because of, generational changes.

According to a 2020 report by First Insight, 73% of Gen Z consumers surveyed were willing to pay more for sustainable products, more than every other generation. And, despite being the youngest cohort with many still in school, they were willing to spend the most in added costs, with 54% saying they would pay more than a 10% increase in price for a sustainably made product.

This shows that people are not only looking for food products that are plant-based, but sustainable, too—igniting a trend in the need for transparent labels and healthier, cheaper, and safer food products. Essentially, a clean label product is not a specific food certification in the way that organic or gluten-free is, but rather, it means using food ingredients that are recognizable and short, otherwise known as authentic ingredients that are grown on the earth rather than in a lab. There are certain companies that are blazing the trail with this, pushing a new standard of all-plant, allergen-free, and 360° green food products.

Let’s take a look at food technology businesses that have done the work to make clean label foods approachable and attainable for all and how their innovations have made all the difference when it comes to distinguishing between clean label and other plant-based products.

The solution lies in foodtech innovations

With the food technology market forecasted to exceed $342 billion by 2027, businesses in food tech will be the ones to look out for in 2022 to satiate this hunger for higher quality clean-label food. Plant-based food products have made great strides in the food industry’s plant revolution, and although finding meat alternatives was a great start, a need for products with fewer additives, chemicals, and allergens has begun to grow.

Artificial intelligence has been important in helping companies swap out chemicals with natural alternatives and can also help keep clean labels credible. According to a report by McKinsey, the main ways emerging applications in AI will disrupt the food industry is through improving efficiency in farming practices, reducing food waste, and using biotechnology to help repurpose nutrients. This insight can go even further when helping to poise AI as the companies that wield it to play an important role in the transition to a circular and more sustainable food system—improving and revolutionizing the way food is grown, harvested, distributed, and enjoyed by all.

In order to continue this momentum and for the next phase of the plant-food revolution to commence, this standard for all-plant and clean label products will need to be the prerequisite. This is where technology can truly shine in the food space, removing the smoke and mirrors of “plant-based” foods to manifest a clearer and less chemical-laced path to healthier and more sustainable eating for all.

Priyanka Srinivas is the founder and CEO of The LiveGreen Company.

Pope calls on elderly to lead ‘revolution of tenderness’

Sat May 14 , 2022
ROME – In the hopes that the entire world can be freed from the “specter of loneliness and the demon of war,” Pope Francis is contacting on the aged to lead a “revolution of tenderness.” Outdated age, he reported, is not a time to “give up and decreased the sails,” […] 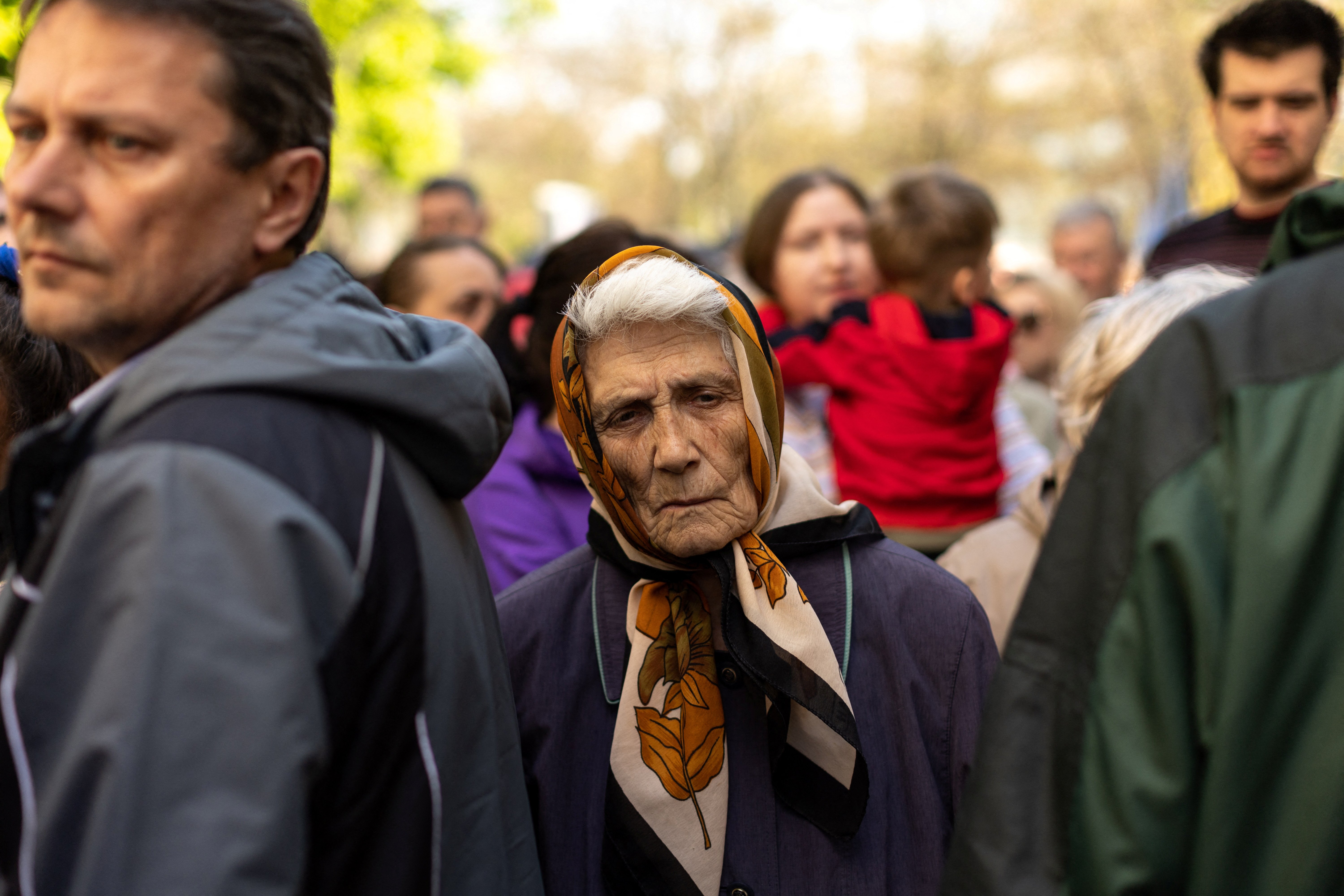