MANITOWOC – Two Lakeshore-area chefs are using their cooking chops in hopes of bringing some national attention to Manitowoc restaurants after a tough year.

Greg Czekala, owner and chef at Broken Plate Catering and Diner, and Myke Hollahan, owner and chef at Holla Restaurant, are vying for a chance to win $50,000 and acknowledgement in at two-page ad spread in Bon Appetit magazine through an online contest at Favorite Chef.

Chefs were nominated from around the world, and the idea is to shine a bright spot on the hospitality industry that’s scraped by as business took a hit during the coronavirus pandemic. Folks can vote for their favorite for free once each day, and can then pay $1 a vote. Money raised will help Feeding America, a nonprofit organization that aids a network of food banks throughout the country.

Favorite Chef profiles nominees with photos and biographies describing their love for cooking. Chefs must get through several rounds of voting, with a winner chosen in April. The first round of voting ends Thursday.

“Cooking has always been a passion for me,” Czekala said. “Food brings people together, it brings the community together. I really enjoy it and love when people enjoy my food.”

He’s worked at restaurants for years, including Late’s and Tony’s Pizza in Manitowoc. When he bought Broken Plate, 1306 Washington St., two years ago, he never thought Friday fish frys would become a staple for his business, but now frying up the traditional perch and whitefish is one of his favorite cooking experiences.

“We started offering fish fry sort of on a whim,” he said. “It happened to be Good Friday of that year, and the timing was right. People just pour in for their Friday fish.”

He also enjoys cooking breakfast foods. If he wins the Favorite Chef jackpot, Czekala said he’ll put the funds back into the Broken Plate.

Hollahan joined the online competition after his wife saw a notice on Facebook.

He warmed up to cooking when his stepfather showed him how to prepare weekly meal plans, grocery shop and cook when he was 12.

“He said the most important thing we can do is learn to cook and feed ourselves,” Hollahan said.

Hollahan grew up in Chicago and ate at great restaurants there and also traveled around the world sampling food before settling in Manitowoc.

He and his wife opened Wrap It Up in downtown Manitowoc, focusing on wrap sandwiches made with organic ingredients, before selling the popular spot. He worked a number of other restaurant jobs and considered becoming a nurse, eventually graduating with a culinary degree from Lakeshore Technical College.

He and wife, Shannon, opened Holla, 603 York St., in late 2018. The restaurant focuses on seasonal dishes made with locally sourced produce, meats and baked goods, as much as possible.

Billing the restaurants as serving “local fare, with global flair,” Hollahan said his goal is to nudge customers to try dishes beyond the more typical steaks or burgers served elsewhere.

He loves to cook salmon and scallops, he noted, but said he loves the process no matter what he’s preparing.

“I have a Jamaican jerk sauce using 35 ingredients that I can take four hours to make,” he said. “There’s so much stuff I love to cook. I love creating a dish that creates special memories for people.”

Holla was “crushing it” before the pandemic hit, he said. These days, the restaurant has limited service to Thursday, Friday and Saturday evening hours.

“People come to Holla for the experience,” Hollahan said. “That’s harder to do with curbside. We are hoping to have a killer season this summer. People are starting to come back.”

Both chefs say the ad in Bon Appetit would bring national attention to not only their restaurants, but the Lakeshore.

“Manitowoc is beginning to become more of a foodie destination,” Czekala said. “I think we’re seeing that more and more.”

For more information or to vote, visit the website or https://www.facebook.com/FavChef/.

Mon Mar 1 , 2021
Air fryers have gained quite a lot of popularity recently and a lot of people are taking an interest in this kitchen product. If you have not used an air fryer before, they can come off as a bit intimidating. How long will it take you to cook things in […] 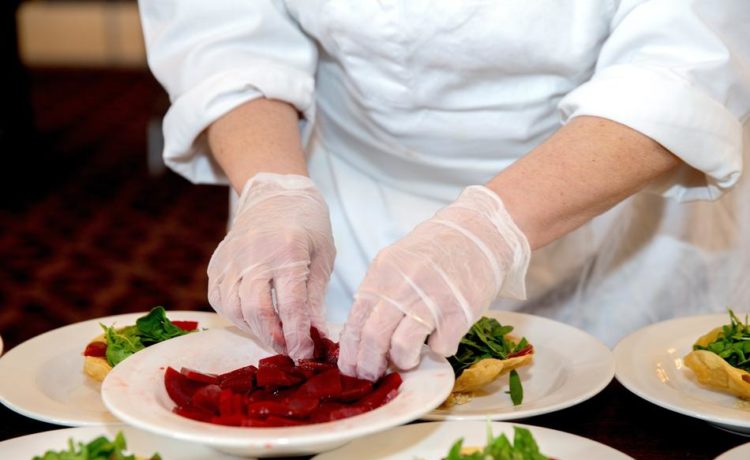